Google Maps can be a great option when we move not only by car, but also by public transportation. And even more so, because now we will get acquainted with more information about possible delays in Silesia.

For a long time, Google Maps has been able to find out the timetable for public transportation. We have information on bus and tram numbers, as well as arrival and departure times. It’s a really convenient solution, and not just when we’re in a new city and not very familiar with the local public transportation job.

Some time ago, the available functions were supplemented with indicators of the actual departure of buses, trams and trolleybuses. Thanks to this, apart from the exact departure date, we can see additional information about possible delays. The solution was already available, among others, in Warsaw, and now we will also use it in Silesia.

Camila Ronovska, GZM spokesperson, informthat in order to obtain data about possible problems in reaching the point according to the table, GPS transmitters are used. They are installed in vehicles and send data about the current location every several seconds. The collected information is then provided in an open form for use by external applications.

It should be noted that Google Maps already shows delays in public transport in selected cities of the province of Silesia – for example in Katowice. Most likely, over time, the functionality will be expanded to other regions and cities, or at least we hope so.

We also learned that GZM plans to integrate more transportation data into the Google Maps service and app. Information about stations must be arranged, as well as renumber the wings. In addition, links to timelines and other important data will be improved.

It is worth noting that soon Google Maps will provide more useful information that drivers will be satisfied with. There are plans to deliver messages about Amount of tolls on toll roads, in addition to expanding the data about Prices at petrol stations. 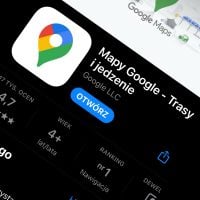