before Roman Polanski I decided to apply to وودód County Movie Games For directing, he was thinking of a completely different profession. Because despite his interest in acting and theater, his biggest passion was the bike. In his autobiography, Roman, he wrote:

He joined the cycling department of the Krakow Sports Club, trained faithfully, On his rickety bike, he managed to cover a distance of 200 kilometers from Krakow to Zakopane. He dreamed of a decent “racer”, preferably before the war, but the price of this bike in Tandita, the famous Krakow market, many times exceeded her financial capabilities. However, he did not give up and collected money. He thought that he would be able to buy a suitable two-wheeled bike. He was about to pay for this dream with his life.

Five blows to the head and 18 stitches and scars

In June 1949, 15-year-old Roman Polanski sat in the stands of the city’s stadium watching an amateur tennis match. He was a supporter of Marianne Scalney, a friend from the cycling department. Next to him sat an unfamiliar young man. He introduced himself, his name was Janoush Dziuba. He claimed to have a pre-war race bike for sale, Offered at a very favorable price. Roman did not hesitate, although his instincts prompted him to be careful, the realization of his dream was more important. Years later, he stated that Dziuba:

See also  Apokawix on the trailer and with the release date. The first Polish comedy about zombies

When he came to the indicated address, it turned out that none of the tenants knew any of Janusz Dziuba.

A few days later, Roman was running Tandita, looking for bikes, when Dziuba suddenly appeared in front of him. He suggested finalizing the purchase on Thursday evening in the park located on Wolnoci Square (today Inwalidów) next to the security office building.

On June 30, Roman appeared in the designated place, Marianne was with him. Dziuba was late for the meeting. He didn’t bring his bike, something wrapped in newspapers was holding his arm. Marianne’s presence infuriated him. When Polański asked where the bike was, Dziuba pointed out the entrance to the air-raid shelter.

in a dark tunnel Dziuba hit Roman five times in the head with a tabloid wrapped in newspapers, took his wallet and a watch he had borrowed from his father, and then fled with the loot. Bloody Polanski crawled to the exit, here he was seen by a friend who understood what had happened and ran after Dziuba. The thieves were caught by the driver of a municipal garbage truck passing by. He argued that there was a misunderstanding, he wanted to return the stolen things. He was taken to the police station.

Polański was hospitalized, where he had to have an x-ray, shaved his head and put 18 stitches. The scars still remind him of the events of the bunker.

See also  Can I Gamble Online in Ontario?

The ninth and final victim of Roman Yanush Dziuba

The recovery period lasted for several weeks. A policeman investigating the attack in the park visited Polański Hospital. The boy found out that his would-be killer was 22 years old, born Roman Janusz Dziuba and used both names alternately. Sometimes he introduced himself as Janusz Zinatovic. I worked according to a tried-and-true scheme:

Eight people were attacked in this way before Polański. Three victims did not survive.

Dziuba began his criminal career in Germany immediately after the war. After an attack on a resident of a town near Munich, he fell into the hands of the US military police. He was quickly released because he convinced the Americans that:

He returned to Poland, where he cheated, stole, attacked, and soon the killing began. He found a partner who was younger, vulnerable, and ready to “learn.” One of the first victims was the aunt of Dziuba’s partner. The old lady, who lived alone in a village near Rzeszow, did not escape the visit of her nephew and his friend.

Dziuba did not want to share all the loot with his partner, so he did not initiate all the planned crimes. Sam attacked a 15-year-old boy who had dreamed of buying a racing bike before the war. Roman Thierry Polanski was the ninth and final victim serial killer Roman Yanush Dziuba.

See also  Karolina Szymczak's age, husband and illness. Who is the actress playing in the movie "Babylon"?

Because of his young age, Polanski did not testify at the trial. Dziuba was convicted and sentenced to death. The sentence was carried out on September 26, 1949. In the building of the Mujahideen detention center. Montelubech. The killer’s body rested in an unknown grave. A partner who did not commit any crimes before meeting Dziuba was imprisoned for 15 years.

In 1955, Polański returned to the bunker in Park Krakowski and shot there for his first appearance in the painting “Rower”, Where he re-established the meeting with Dziuba. The director played a younger version of him, played the 22-year-old killer Adam Vuitt. The film was lost without a trace, apparently either sent to a competition in Russia and lost somewhere in Moscow, or it was damaged during development in the laboratory.

The director returned to these shocking events again, devoting to them three of about 500 pages of his autobiography “Roman Polanski”. 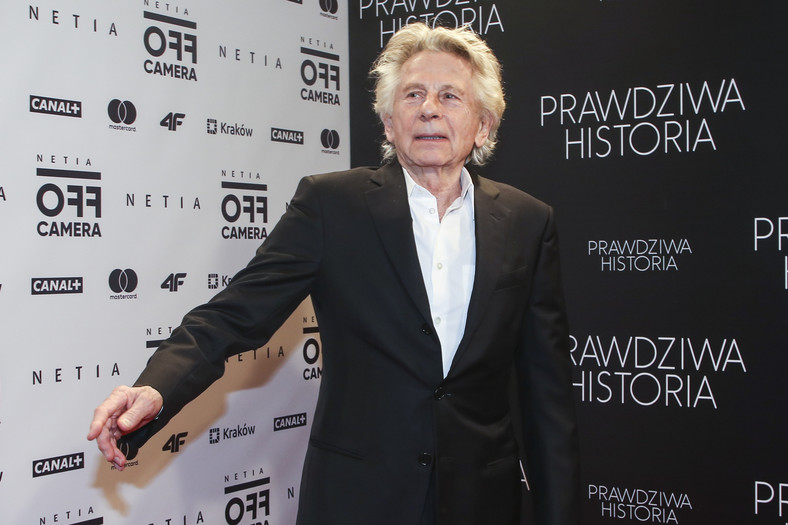 Roman Polanski at the “Prawdziwa Historia” premiere (Krakow, May 2018)