Of course, it is mainly about the epidemic that affects many aspects of life in this country. On the other hand, there are plans to lift restrictions and possible financial support from the government. Are we worried too soon then?

Back in February, the Chinese yuan was the strongest against the US dollar since the beginning of 2018. The Chinese economy may not have been very strong, but it has developed somewhat as planned. Nevertheless, the epidemic became a powerful problem, although at the same time the vulnerability was exacerbated by the massive increase in the prices of basic commodities provoked by the war in Ukraine.

The yuan has lost 8% against the US dollar since March. That’s a lot for the currency market. However, the data was not very good for a long time. Consumer inflation fell even below 2%, although producer inflation remained at a high level for a long time due to commodity prices. However, the weakness of China led to massive declines, for example, in the aluminum or copper market, since this country is responsible for up to 50% of the consumption of these metals in the world.

In the meantime, the data for April looks really horrific. Retail sales fell 11.1% on an annual basis, the strongest decline since the pandemic and the second consecutive month of decline. As you can see, the second quarter is not starting as expected by the Chinese authorities and it does not seem that this issue will be resolved in a short time. It may then happen that growth in China in the second quarter will be flat or even decline, which will send a fatal signal to the entire world.

However, the Chinese economy is mainly driven by industry and in this case we also have terrible data. The decline in industrial production in April was 2.9% y/y, with a 0.5% y/y increase and the previous 5.0% y/y increase expected. 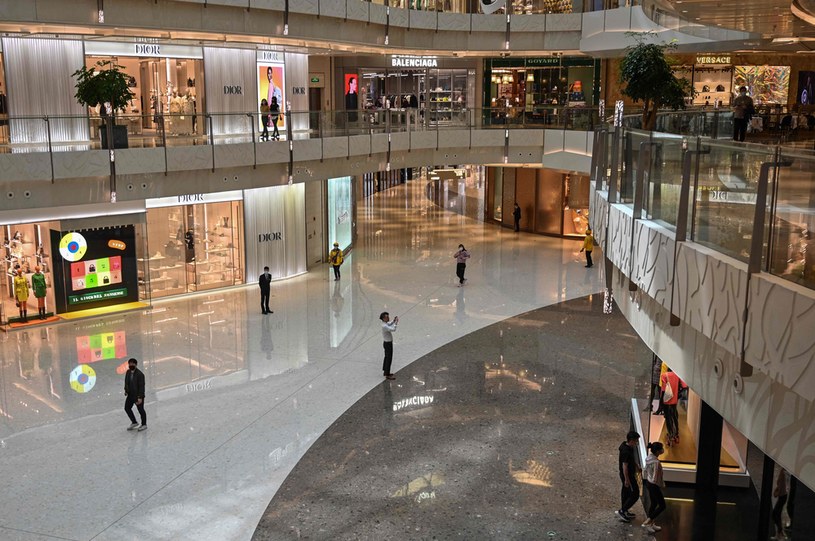 The Chinese economy is very important to the entire world, not only because it is a key place in the global supply chain, but it is also a huge consumer or the third largest holder of US bonds in the world.

A weaker yuan increases the costs of securing positions, and higher yields in the US are likely to dampen investments. There may be a situation that China will continue to reduce its dollar reserves, which will be joined by Japan, which has very similar problems to China.

So, we could see a case where the slowdown in China will lead to crazy selling in the markets, due to higher profitability in the US. There is, of course, a way out of this situation in the form of strong economic support from the Chinese government, although at the moment it is difficult to talk about any specific steps, similar to what happened in Europe or the United States during the largest epidemic attack.


The official electronic currency in the Chinese market
Deutsche Welle