Five poles competed in qualifying for Sunday’s competition in Sapporo. All of coach Thomas Thornbichler’s players ended up being promoted. David Kobacki had major problems while flying, most likely due to strong winds. 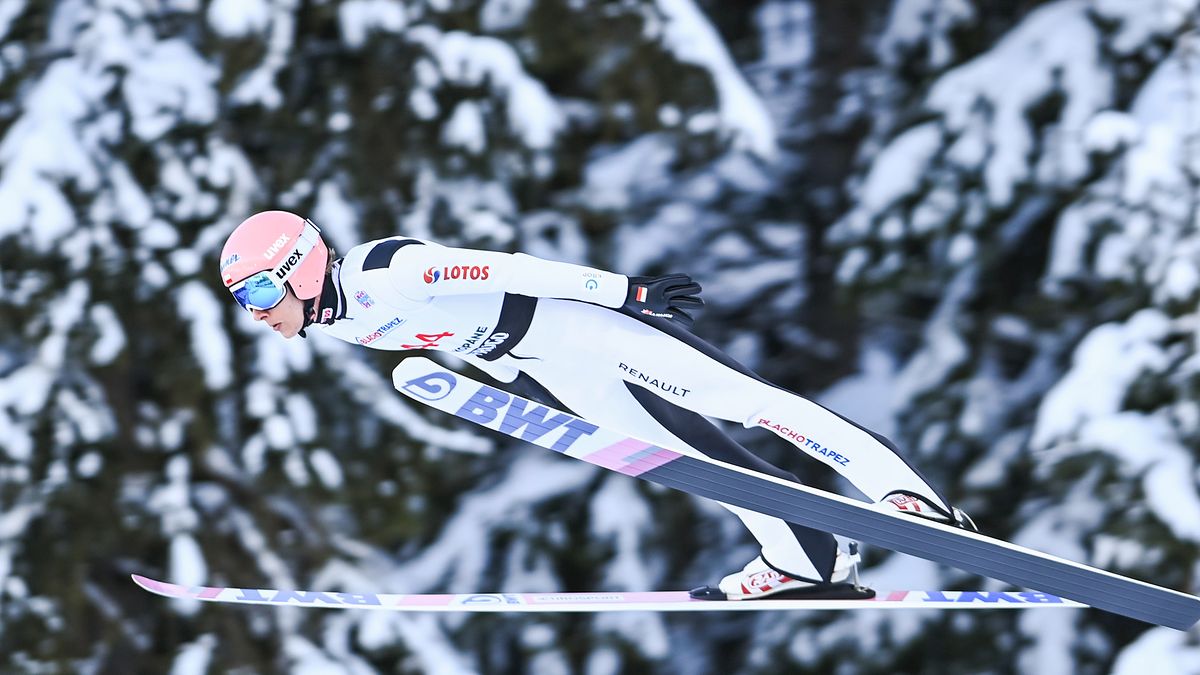 As in the previous days, the jumpers had more or less problems with the weather conditions. In Sapporo, it has been windy since morning. It is enough for some competitors to see a red light that prevents them from trying the first time they take their place at the starting bar.

David Kobacki also had to wait a few tens of seconds to jump. It seems that during the world champion’s ride, the wind against the skis was very strong. At some point, this unwavering figure shook the World Cup leader.

Although the 32-year-old managed to control the flight problems, they affected the quality of the landing. Kubacki had very low scores and although he only landed 130 meters from the third starting line, he only finished 22nd in the heats. However, the most important thing was to upgrade to the competition.

Watch the video: Thurnbichler transforms into poles. What words!
The first Pole to start Sunday’s competition in Okurayama was Aleksander Znieszczew. The representative of the WSS Wisła club jumped powerfully, landing 130 meters high, which gave him a certain promotion to the first round of the competition.

Following him, Bayousek sat on the crossbar. Some Biało-Czerwony supporters certainly have misgivings about trying for this bird, because after an impressive start to the season, the Cieszyn native is experiencing a crisis in form. Unfortunately, this situation was somewhat confirmed the next day of competition in Sapporo. Although the 23-year-old had no major problems advancing to the competition, the 118.5m jump was undoubtedly not the height of his dreams.

Traditionally, Pyotr Schiela and Camille Stosch didn’t disappoint either. The three-time Olympic champion was the first to jump. Al-Zubia had no problems qualifying for the competition, landing after only 130 metres, finishing in seventh place.

Although after a moment Żyła jumped 4.5 meters more than his teammate, he didn’t get the better of Stoch, as many points were deducted due to the strong wind against the skis.

Ryoyu Kobayashi was the best in the qualifying rounds. The Japanese confirmed his excellent form at Okurayama. With impeccable style, he reached 140 meters and clearly beat the winner of Saturday’s competition, Stefan Kraft.