Die Hard is a 1988 action film that inspired lots of other titles in this genre. You can think of it as being our parents’ John Wick. Its budget was somewhere around $30 million but it’s very well produced. The protagonist, played by Bruce Willis, is John McClane, a New York cop with a complicated personal life who finds the ideal opportunity to do what he does best: save the world without worrying too much about legal procedures. This character later became part of the famous Call of Duty series, a video game whose fame has far surpassed that of Die Hard.

In Die Hard, John McClane is portrayed as a hero who needs to try, against overwhelming odds, to stop a gang of criminals possessed by evil intentions. Their goal is to steal $640 million from a company called Nakatomi and they take hostage lots of its employees in the process. McClane is caught in the middle of the action but despite being heavily outnumbered, he decides that playing it safe just isn’t for him. And to be fair, he has reasons: his estranged wife, Holly, is among the hostages.

John McClane fights the terrorists as he works his way up to the final boss, Hans Gruber. There’s more blood on him than on an MMA fighter but he doesn’t give up. His fierce determination pays off in the end and he rescues the “princess” by killing the “dragon”. If you haven’t seen the movie, you absolutely should. It’s filled to the brim with memorable moments, and it will help you to understand a bit better the evolution of action films over the last three decades.

See also  Przemysłąw Kossakowski changed his image. This is what it looks like now

John McClane is a man with an obvious desire to make sure that justice prevails, regardless of context and limitations. He’s your Chaotic Good character from isometric RPGs and acts as though bullets can’t touch him. Or perhaps he’s just convinced that he’ll respawn immediately after he gets killed. In any case, the man is insanely courageous and will do anything to save the day. In his personal life, McClane is a troubled man. Partly because of his vigilantism but also due to his difficult marriage with Holly. His qualities, problems, and flaws make him highly relatable, so it’s understandable why Die Hard’s Box office was $140 million. However, it’s easy to draw the conclusion after the fact.

Before the film was released, numerous critics were highly skeptical of it and did not believe in Bruce Willis’ ability to portray the character convincingly. The $5 million he got paid to do it seemed completely insane for a film whose entire budget was just $30 million. But despite the pessimism, the public loved it and the film grossed almost 5 times the amount it had cost to produce. Die Hard went on to become an entire series with its latest episode, Die Hard 4.0, being released in 2007.

John McClane in Call of Duty

Call of Duty is a famous FPS series with numerous titles and an impressive player base. People all over the world have enjoyed it for the past 2 decades. These days, the game is also a thriving esport that features huge tournaments. Many of those who love CoD betting or watching FPS action have probably heard of John McClane directly from the game. But if you’re new to the series, here’s where you can find this character in the CoD universe.

See also  Irina Laskowska: This was not what the career of a Polish actress was supposed to look like 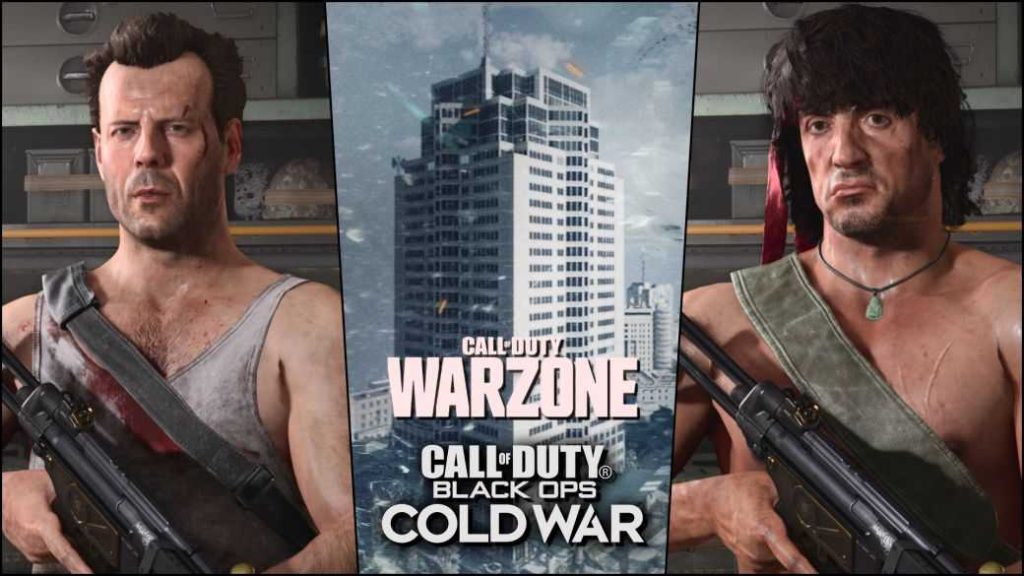 In Call of Duty, John McClane is a detective who works as an operator for the NATO faction. This faction was featured in CoD: Black Ops Cold War and CoD: Warzone. Both games were released in 2020. McClane is also a playable character in Call of Duty: Mobile, which has been downloaded more than 500 million times.

John McClane is not as important in the CoD universe as he is in the Die Hard series. But he does make a memorable appearance and his voice lines are pretty cool. If you’d like to discover this character and play some awesome games at the same time, just try CoD: Black Ops Cold War and CoD: Warzone.