Gambling such as betting and playing at casinos are popular themes in popular culture. This includes movies, songs, and more, and is often found to be an exciting theme for both directors and the viewers. There is something special about a land-based casino that makes it extra interesting to watch. The intense scenes where money, luck, and precision are important, can make us all sit at the edge of our seats.

Figuring out what movie to watch can be a challenge, and to make it easier for you, you can look up a specific theme. In this case, we will have a look at some movies with gambling themes. This is perfect if you love to bet on sports or gamble in a casino! You might also want to test out some gambling yourself, and then you can have a look at some Pokies online and other games at the best online casinos to start playing. Let’s look at a list of movies.

When we are talking about good movies with gambling themes, we cannot not mention Casino Royale. This is a classic movie in the James Bond franchise, and it is the first that comes to mind when the words ‘gambling’ and ‘movie’ are used in one sentence. The movie stars Daniel Craig as agent 007, and he has just gotten his licence to kill. In the first mission, Mr. Bond has to defeat a private banker who is funding terrorists by competing in a high-stakes game of poker. It all goes down in the legendary Casino Royale in Montenegro.

The movie Uncut Gems can be described as quite chaotic, but it is a must-watch movie. It stars world-famous actor Adam Sandler as a jewellery store owner who keeps getting himself into trouble. Sandler’s character Howard Ratner is also known for being a notorious gambler that wagers a great deal of money on sports. The only problem is that he is not wagering his own money, and he has gotten himself into quite a large debt. The movie tells the story of his life and about his love interest with the young store worker Julia De Fiore, played by Julia Fox.

If you are looking for a star-packed movie to watch, look no further. Ocean’s Eleven stars some of the biggest actors and actresses in the world, including Brad Pitt, George Clooney, Julia Roberts, Matt Damon, and Don Cheadle. It is also set in Las Vegas, where a group of guys are planning to rob two of the biggest casinos in the world. This is said to be an impossible task due to the large amounts of security, but George Clooney’s character Danny Ocean is motivated by one factor: the casino owner is now dating his ex-girlfriend.

This movie is great for any blackjack fan, or if you are aspiring to become a good blackjack player. The film is based on a true story of a blackjack team from MIT that uses maths to defeat everyone in the casino. The leader of the group is called Dr. Micky Rosa and is played by Kevin Spacey. On his team are a bunch of the best students in his class, and together they travel to big casinos to claim several wins.

However, arguments begin to spark when there is more money in the games and the students are curious as to why Professor Rosa does not participate when they are gambling and trying to fool the casino. Furthermore, the stakes get higher as the security guards in the casino get suspicious of this highly talented team of players.

What Happens in Vegas

With Cameron Diaz and Ashton Kutcher in the leading roles, we are taken on a journey where winning big in the casino is a bad thing. You might wonder why this is, as most of us would probably not say no to a huge jackpot. The two characters Joy and Jack meet in Vegas after they have both suffered a defeat in their lives, and after a drink or two, they end up getting married. When in Vegas, many want to try the luck, but what do you do when you meet a stranger to gamble with, and one of you puts the coin in the slot machine and the other pulls the lever?

Against all odds, the slot machine lands on exactly the right combination, and they hit a 3-million-dollar jackpot. The discussion of who is the rightful owner of the prize sparks, and then they remember that they are married, and both are entitled to a part of the money.

If you are looking for an exciting film for your next movie night, why not look into some of these? Except from being entertaining, they could also be a way to learn the ins and outs of the gambling games.

See also  Doctor Strange in the Multiverse of Madness - Reviews on the Web! The deadliest and scariest movie in the MCU! 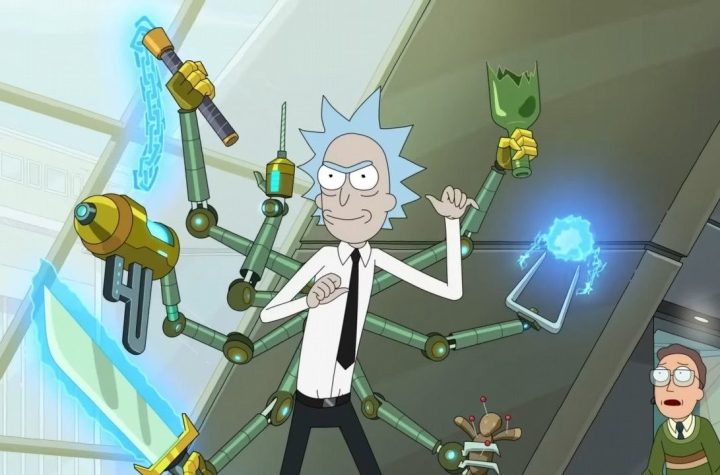