It must be admitted that next year’s line of flagship smartphones from Samsung will not be very exciting. According to the information available so far, the famous manufacturer will not introduce many new products in its flagship Galaxy S22 models – only the best Galaxy S22 Ultra with S Pen is very interesting. Interestingly, it looks like Samsung won’t be revolutionizing the bottom bracket either. The first leaks of the strangely familiar mid-range smartphones are slowly leaking. It suffices to take a look at the first renders of the not-yet-announced Galaxy A33 5G model, and this year’s popular Korean devices immediately come to mind.

The Samsung Galaxy A33 5G should go on sale in early 2022. We hope that the manufacturer will make up for the lack of a new design with a powerful processor or a relatively low price. 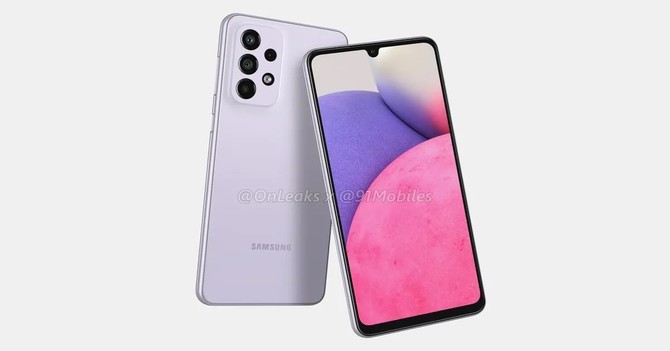 Samsung Galaxy S22 Ultra in the first photos. This is what next year’s flagship will look like with the S Pen

As we can see, the Samsung Galaxy A33 5G does not surprise with its design – we are still dealing with a notch, a small chin and an island for the camera lenses. The screen is an AMOLED panel with a diagonal of 6.4 inches, and it has a resolution of Full HD +. On the frame there is a power button, volume control, and a USB-C connector, but you can’t see a 3.5mm mini-jack anywhere. Well, it seems that this inexpensive smartphone by default is for people who use wireless headphones. Although it has become almost standard today, we can guess that consumers will not be pleased. 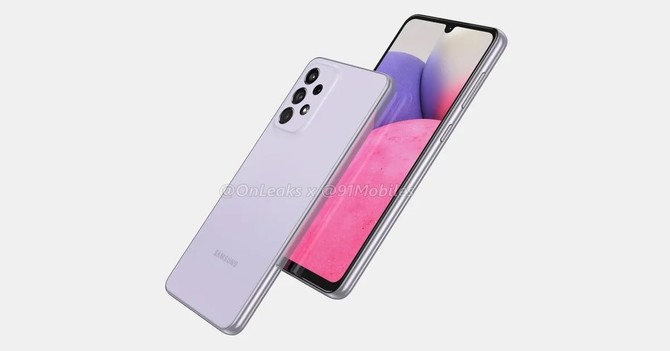 What else do we know about the Galaxy A33 5G? The smartphone has dimensions of 159.7 x 74 x 8.1 mm (9.7 mm with camera island), and this heralds a very capacious battery. The source also mentions a much better camera compared to the A32 model. However, we don’t know the details – we think the full specs will come out on the web in the coming weeks. The device is supposed to go on sale in early 2022 in four color versions: orange, light blue, black and white. We hope that the manufacturer will make up for the lack of a new design with a powerful processor or a relatively low price. 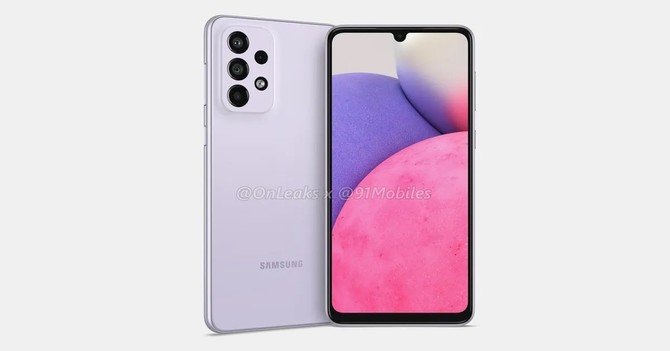