Read the first part of the interview with Paulo Sousa

Robert Błoński: Have you considered resigning after the tournament?

Paulo Sousa (Coach of the Polish national football team): No. Even if we reach the quarter-finals, semi-finals or final, I will always have a question mark in my head, because I joined the Polish national team thanks to President Zbigniew Bońek. From the start, from his first call, it was clear that the Polish Football Association would hold elections soon after Euro 2020, so whatever the outcome – disappointing or exhilarating – my future will be unknown. I’m a professional, I care about winning, and I’ve also been a football player. As a coach, although it was to a lesser degree than I was accustomed to on the pitch, I could still contribute to the victories. I am standing in the front row. I am disappointed with our result because I expected that we would leave the group and the players and fans would feel that we can compete and win against the strongest. We have different skills and capabilities, but enough to strengthen ourselves. I have a feeling the players are starting to understand that winning is not something that can happen to them by chance, but something they themselves can achieve. I am proud of the fact that their approach and attitude has changed in this way.

Did you already talk to the players after Euro 2020?

No, I did it on purpose. The past year has been special for everyone, both professionally and personally. It seems to me that players now need to quit and renew, take care of the family, and think about the next steps themselves. We are constantly monitoring their pre-season with staff and will slowly return to direct contact. Today I know what kind of people they are and footballers that I will personally speak to at the right moment. Now I did not want to impose myself, I preferred to let them rest – we spent a month together. Instead, I spoke to players who had not yet appeared on my national team and could get a chance now.

Nicolas I am Adam.

exactly! I expect an equally quick reaction from the players.

A few days after the recall, on August 18, elections will be held to choose the new president of the Polish Football Association. The two candidates are Vice Presidents: Marek Kominsky and Cesare Colisa. Did you talk to them?

Knowing about it from the start, President Bonyak immediately warned me about the situation. I got to know my vice president. It was easier for us to talk to Marek Kominski, because he also knows Italian, we played against each other in the Italian league, we have mutual friends. We have talked several times about Polish football, what we should do and how to develop. There was no news about the elections. Conversation with Cesare Colisa is technically more difficult. However, we had a longer dialogue during the Legia match in Warsaw. But in general, I think it is not just me, but every manager should care and try to influence the performance of his team, rather than dealing with other topics.

After I finished my football career, I worked for six years in the Portuguese Federation. UEFA has given me the opportunity to visit every national association to see how they work and what they are doing for the ball. I visited more often, some more often because I was particularly interested. A few years later, I returned to Poland again, this time as the coach of the national team. It has seen remarkable progress. These are not empty words or an attempt to please anyone. What Zbigniew Boniek has done to improve the management of this organization and the development of football in Poland is really a huge step forward. In all departments there are great people who work efficiently – like Kuba Kwiatkowski or Łukasz Gawrjołek. It’s amazing that you don’t see it often. It’s as if they were wearing their national team shirts and supporting them off the field. If, as a coach, I need something, then everyone is willing to help me at every level and stage. This is more than I expected. I am ready to confront my thoughts and point of view with the new president – as I did with Zbigniew Bońek, with whom we have often discussed. Regardless of whether Marek or Cesare win, I would like Polish football and the national team to continue to develop in this way.

See also  Robert Kubica in a new team! "I can't wait for this challenge"

How do you envision cooperation with the new authorities?

We are used to how certain things work. The changes will have a greater impact on the players. I know that because I’ve been on both sides, as a player and as an activist. Changes in the union have a huge impact on the team, but we have no control over what happens. We need to stay focused on the business, so that, no matter who is in charge, we must collaborate well, communicate and develop all the time.

Will you be in Poland on August 18th?

At first, I planned this, but I won’t. The situation requires an appropriate dose of political correctness. I do not want my presence to be used in any way in the elections or turned against me afterwards. Therefore, I will focus on preparations for the September gathering. I will be where the Polish footballers play. I plan to be, among others, in Italy, where I will watch the opening of the First Division, and my assistant will also be in the Bundesliga matches.

Will Wojciech Szczęsny remain the number one goalkeeper in the team?

Yes really. There’s always a lot of hype around that, and I’m convinced we made the right decision in the beginning. I regretted Łukasz Fabiański’s decision to stop playing for the team. His contribution to the team cannot be overstated. He’s a great footballer and a guy – apart from technical skills, mentality is also important – Łukasz will always be missing from us. 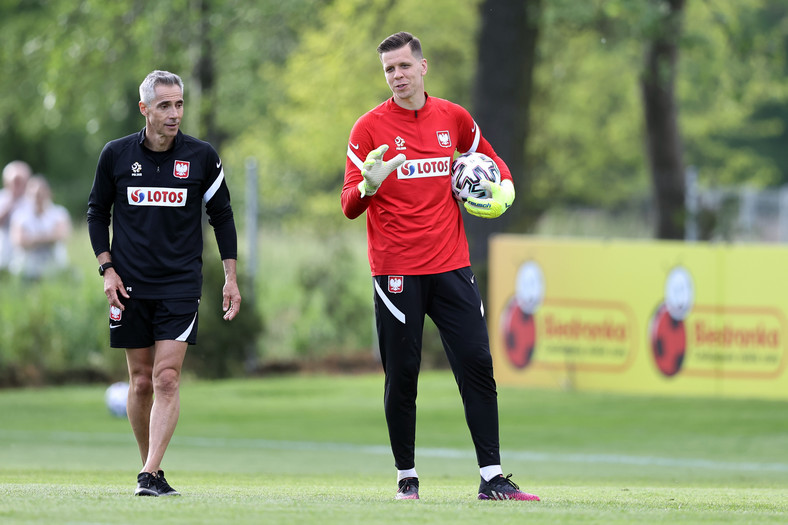 It’s not just your opinion, every selector similarly spoke about Fabiansky.

We play the third match in September with England – confrontations with this opponent have a special history for the Poles.

But we have to win with everyone, regardless of the past. I want to see this style in every game.

But do you realize that not winning with England actually means the end of the chances of getting top places in the group and a direct promotion to the World Cup?

It’s a fact, I have nothing to argue with. The more motivation we have to win the three matches. The first meeting with Albania will be very difficult, similar to the meeting with Hungary in Budapest. We must be focused, and we must not lose sight of goals in a simple way – that’s why I talk a lot about mentality. It will be the key. We must win duels, not abandon them, not blame others – this is the approach we must take from attackers to defenders.

See also  What a thrill in the Krell Cup Final! A decisive goal in the time of Pekka Nuno

Why didn’t you come to Poland for the Legia matches with Bodo / Glimt in the LM qualifiers and the Super Cup in which the two best teams played in the previous season?

This is probably more interesting for journalists than fans. The number of players who can play in the Polish national team is limited, there are 50-55 players and we are focusing on them. Today I can’t say when players from other places will have the opportunity, because their positions are different. This is the example of Sebastian Szymansky. At first, we thought he would play on the wing because he is fast, technically good, wins duels, passes exactly. But it’s clearly not the best place for him in the system we’re playing in. He was already playing in the middle of eight, he’s smart and he works really well there. But right now, because of the way we play and the kind of players we have, his chances are lower. Not because he is worse, unfortunately for him this does not always fit into our decisions. In the Russian league, he plays in a system in which a football player with his characteristics performs best. In the acting in this position are Zieliński and Klich. On the one hand, we want to achieve results here and now, and on the other hand, we must ensure continuity and successors. We still see Szymański in the latter category.

Will you be the coach of the Polish national team also after the September matches?

I can’t anticipate that, it’s pretty much out of my control. At the moment, I am the chosen one all the time and have responsibility for selecting players, preparing them, training opponents, and developing strategies and changes. Once the players arrive at the training camp, they will surely receive detailed reports on our game, their tasks, their opponents and what we have to do to win the match. Then they go out to the field.