2022 promises to usher in a new era for online gambling in Ontario thanks to the introduction of the Safe and Regulated Sports Betting Act – and all the fun starts within the next week.

Officially known as the C-218 bill, the Safe and Regulated Sports Betting Act was passed in July 2021 and allows Canadians to place bets on single-game sporting events – this prompted further exploration into expanding online gambling regulations.

And as Canada is ranked as one of the top ten largest gambling markets in the world, it makes sense that they would look to iGaming as the next step to boost the province’s revenues.

Let’s take a look at the background…

Where did it all begin?

In April 2019, the Ontario Government announced plans to establish a competitive market for Internet gambling, referred to in this report as “gaming.”

They said that the proposed new model would bring existing private gaming operators into a regulated market where they would pay the province a percentage of their gross gaming revenues from Ontario gaming consumers.

On July 6, 2021, the government passed a regulation to create a subsidiary of the Alcohol and Gaming Commission of Ontario (AGCO), iGaming Ontario (iGO), with the objective of offering Internet gaming in Ontario through private gaming operators.

All this means that legal Ontario Online Casinos are set to start in April 2022 and the gamblers of Ontario will now have plenty of choices when it comes to picking where to stake their claims.

How will it work?

This regulatory framework will develop online gaming in the province to incorporate online casinos in Ontario and other private operators and is a brave move away from the currently-limited platforms which are only offered exclusively through government-owned lotteries.

They have set in stone the necessary regulatory standards, advertising standards and integrity rules and have confirmed that from April 4 private gaming operators will be given the go-ahead to offer their games to players providing they meet two criteria:

This robust regulation will protect online gaming players who place bets on single event sports as well as casino play, whilst also providing lucrative revenue for not just those private operators but for the Ontario government itself to potentially be used as a funding method in a similar way that existing lottery programs are used.

See also  Jennifer Coolidge: Not just Stifler's mom. 7 reasons why we love it

April 4 is the date to save for when this new era kicks in.

How big is the market?

Up until now the huge popularity in online betting in Canada has benefited overseas providers, with the Canadian Gaming Association estimating that Canadians spend as much as $14 billion a year on offshore betting websites.

There has been a rise of around 75% in online casino play in the past year, and now lawmakers are hoping to open up huge opportunities for greater involvement on their own shores.

Private operators that have registered with the AGCO and the iGO can operate gaming websites in the province and dozens of online gaming and sports betting operators will be looking forward to the predicted revenues of $1 billion in its first year. 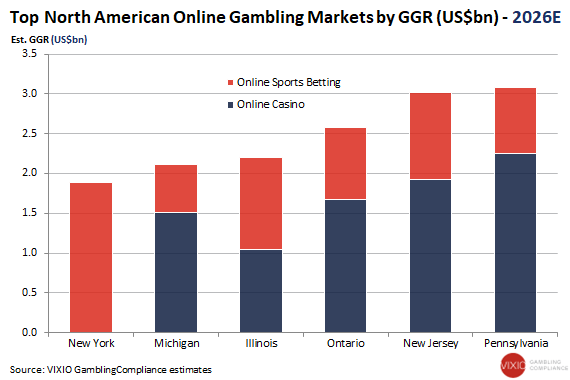 What does this mean for revenue?

Thanks to Ontario’s sizable population, which is only exceeded by four U.S. states, and this new open licensing framework, projections are in the BILLIONS.

The fact that Ontario is the second-largest market in the North Americas thanks to its population of some 15 million is one major reason behind these projections.

Expectations of the size of the Ontario market have been enhanced by the increase in legal online sports betting and internet gaming south of the border in the US since the onset of COVID-19.

VIXIO GamblingCompliance forecasts that the Ontario online market will yield gross gaming revenue of C$3.27bn by 2026. If these projections are correct, they would make Ontario the third-largest regulated online market in North America.

This stronger than anticipated boost in revenues in various U.S. states as more and more players game online from the comfort of their own home looks set to expand into Ontario – prompting further expansion elsewhere in Canada.

See also  How many viewers visited the Limanów cinema?

That can only be great for Canadian province revenues, surely?!

What have they said about it?

She said: “Consumers can be assured that companies who successfully enter the new Ontario market will have met rigorous standards of game and operator integrity, fairness, player protection and social responsibility, allowing all players to play with confidence.

“Today, most internet gaming by Ontarians takes place on websites not conducted and managed by the province. Our new internet gaming market will give consumers enhanced entertainment choice, support the growth of a new, legal market and generate revenue that can help fund programs and services that benefit all of us.”

Meanwhile, Penn National Gaming and theScore Bet linked together to become the first such operator to complete the necessary accreditations and CEO Jay Snowden said: “Today’s news is very exciting, and I would like to recognize and congratulate the government of Ontario and the AGCO and iGaming Ontario for their dedication to creating a modern open and regulated sports betting and iGaming market.”

PointsBet Canada’s Scott Vanderwel added: “I want to commend iGaming Ontario for their work in creating an openly competitive and regulated environment. We will continue to work with our government partners to protect consumers and create a level playing field in a responsible and licensed gaming market.”

Finally, president and CEO of the Canadian Gaming Association Paul Burns had this to say…

“This is another major milestone and achievement for Ontario’s gaming industry after sports betting. The move to establish a regulated iGaming market in this province will ensure that the people of Ontario have access to safe and legal gambling options online while encouraging investment and job creation in Ontario.

“We finally have the opportunity to safeguard the economic benefits that will start to flow to licensed gaming operators and the provincial government.”

Has there been any negative press?

You bet. Whilst the news is very much great for online platforms, it has not been welcomed by the big casino houses who have already had to lay-off staff during the COVID-19 pandemic.

A report commissioned by Great Canadian Gaming – a Toronto-based company with the largest share of Ontario’s casino market – has forecasted over 2,500 job losses for land-based casinos over the next five years.

It is feared that municipalities will also lose out – the city of Windsor, for example, currently receives about $10.5 million annually as the host city for Caesars Windsor based on revenues. But that figure is set to drop by around $1.6 million annually ($8.1 million over the next five years) according to the report.

The government’s move to increase their revenue share of the multi-billion dollar online gambling market could well impact negatively on new casino infrastructure investment or facility upgrades, reduced level of customer service and greater chance of casinos going out of business.

There is also the wider impact on the province’s investment infrastructure as a whole, with some reports advising that – because the tax rate Ontario is expected to impose on online gambling sites is much lower than the percentage the government takes from casino spending – the province could lose as much as $550 million in annual revenue.

That’s $2.8 billion over the next five years. 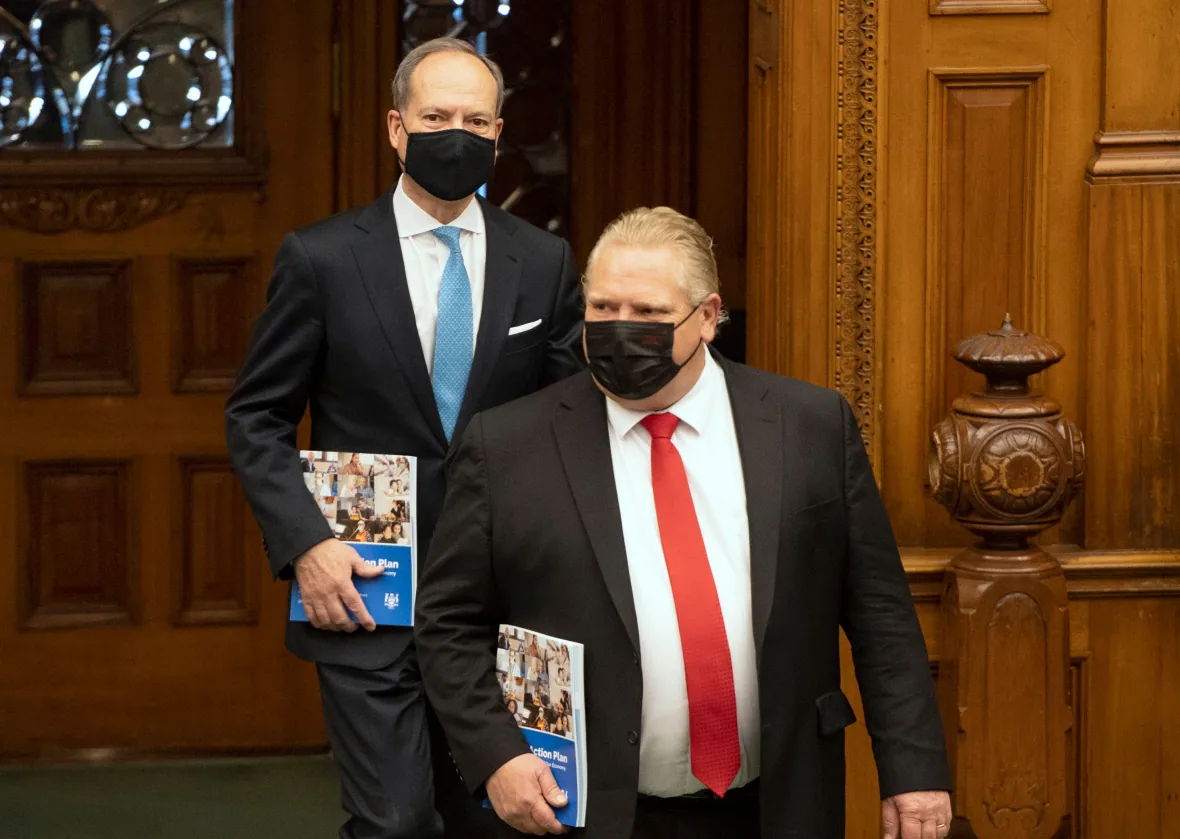 A throw of the dice

With a whole range of sports taking place in the country, industry insiders believe the new bill will allow bettors to be able to place wagers on individual games involving the teams they support more than ever before.

This popularity of online betting amongst a certain demographic can be tapped into by the iGaming market – and in particular in Ontario.

But although the move looks set to provide a winning outcome for all the major players involved directly in these developments, it seems – from one report at least – that this throw of the dice may not guarantee the success Ontario is expecting.

We shall wait and see…