A team of scientists from KMOU (Korea Maritime and Oceanic University) has developed something like a two-layer shield to protect steel from corrosion to an extent that so far seemed unattainable. This unique anti-rust coating is primarily effective due to the unexpected splitting of the steel into two separate layers.

Steel itself is the basis of ship production. So much so that when he was running out in the face of World War I and II, people experimented with making ships out of concrete. Steel is still the basis for shipbuilding for a reason, thanks to its high strength, but it has its drawbacks, one problem – susceptibility to rust. Fortunately, technology and science are moving forward, and this is evidenced by the work of Korean scientists who have developed a new coating that increases the resistance of stainless steel.

The higher strength is within the scope of the additional surface treatment step of the steel plate. However, it is not related to coatings known in the world, because steel has been coated with other metals for a long time in order to increase its resistance to corrosion. Aluminum is a commonly used anti-corrosion coating, but sometimes not enough to stop the effects of salt water. By itself, it also tends to react with chloride ions in seawater and then rust quite easily.

Read also: The new P5 agreement: nuclear weapons will only be used for defense

So scientists came up with the idea of ​​​​enriching the aluminum coating with magnesium and silicon. The whole thing is based on a sheet of steel, which is subjected to a hot bath in a solution of aluminum and silicon. Magnesium must be added in the next step which includes the physical vapor deposition method. The steel sheets prepared in this way are then exposed to a high temperature of 375°C for various periods of time.

In tests that involved exposing this piece of aluminum to salt spray, its rust resistance was compared to that of regular aluminum-coated and galvanized sheet steel. They found that the new coating extended rust resistance up to 2,400 hours, while the other two equivalents showed significant rust after 800 hours of salt spray exposure (via erosion science). 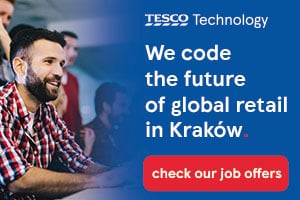 Read also: A case study of how hypersonic missiles were fired at US ships

The effectiveness of this modern anti-rust coating is mainly due to the fact that it is divided into two layers. On the surface of the coating there are mostly aluminum particles, and closer to steel – those made of aluminum, magnesium and silicon. The second layer creates a sieve effect that protects the steel from corrosion for a long period of time. The initial heating of this coating is critical because it enhances this property of the coating, allowing the magnesium to travel to a greater depth. Therefore, the results indicate that this new coating has great potential to produce steel products with higher durability.