This week, the AMD Radeon RX 6600 graphics card, the weakest and cheapest representative of the current generation of Reds, appeared on the market. Most manufacturers have already offered at least one proprietary model, and we looked at offerings from companies such as XFX, ASUS, GIGABYTE, Sapphire and MSI. However, it seems that the latter is planning to release more variants. One of them is to be the MSI Radeon RX 6600 ARMOR model. It’s an economy family with a basic Taiwanese cooling system that was available in the past but has been quelled over time and replaced by higher-ranking alternatives like the MECH X2 series.

The MSI Radeon RX 6600 ARMOR is based on a small heat sink and no factory OC. There is also no backing for the back plate and plates. 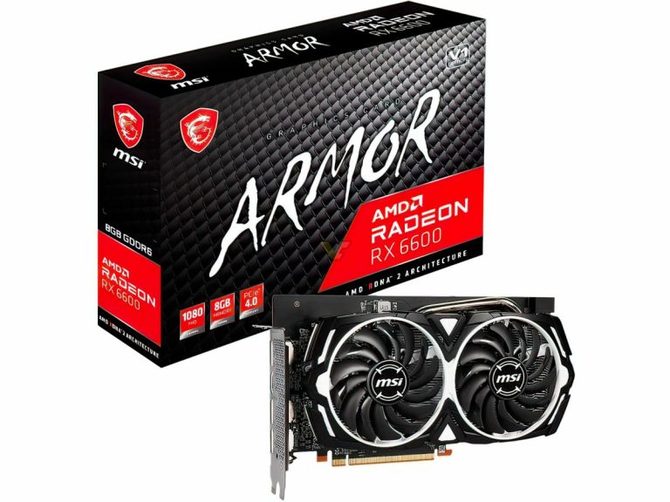 The foreign service VideoCardz has once again gained access to images of the upcoming graphics card before its premiere. I’m talking about the MSI Radeon RX 6600 ARMOR model, which is based on an AMD NAVI 23 XL 7nm lithographic core equipped with 8GB of GDDR6 VRAM on a 128-bit data bus. There’s no factory OC here, so the GPU clocks in at 2044MHz as a base and goes up to 2491MHz in Boost mode. The card is equipped with an 8-pin power connector, three DisplayPort 1.4a, and one HDMI 2.1. 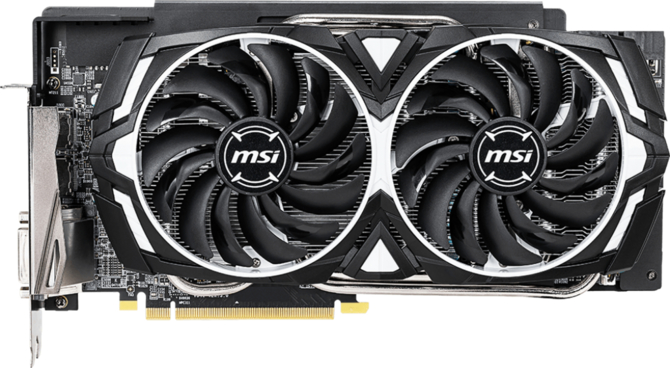 Sapphire, PowerColor, and XFX have quite a few graphics cards. However, it is not sent to stores, but to cryptocurrency miners

The cooling system in the MSI Radeon RX 6600 ARMOR is relatively simple, it is a small aluminum heatsink with one heat pipe and two fans. The Taiwanese have not decided to go backwards. Interestingly, there was also a sheet metal reinforcement, which was previously present in the ARMOR series, for example in the Radeon RX 590 or GeForce RTX 2070 models. On the other hand, the Radeon RX 6600 is a rather short graphics card. The question is whether we’ll see more RDNA2 representatives in ARMOR versions, or will it just end up with the weaker model, so that the more powerful Radeon RX 6600 XT isn’t sold off? 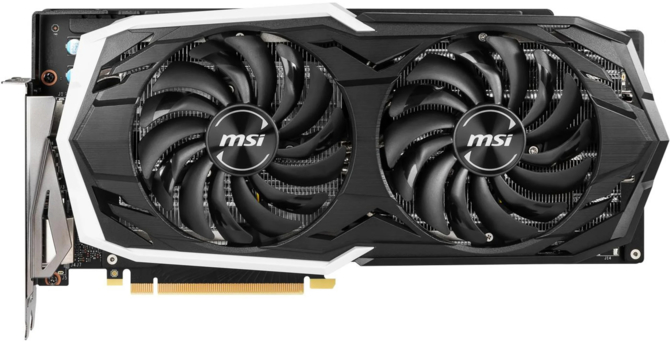