Julanta Luthi He passed away on April 1 this year. The Union of Polish Theater Artists reported the death of the 79-year-old actress in an official announcement. A few days later, her daughter Paula Cajzar Final farewell date revealedWhich will be held on April 8th. The actress will be buried in her mother’s grave Wanda Stanisławska-Lothe. We remind you of an article about the life and career of Julanta Luthi, who in the 70s was one of the most famous Polish actresses. She owes this sympathy primarily to her appearance on the small screen. The role of nurse Genowefa Kłoś in the series “Doktor Ewa” directed her from anonymity, and the role of Urszula Kuraś who made her in “Polish roads”. On the big screen, he often appeared as an attractive ornament. The directors saw her as an attractive blonde with large breasts and suggested roles “on terms”. The opinion of the poet Tadeusz Różewicz who said so Lothi “has the most beautiful boobs in Warsaw.” At the peak of popularity, the actress … disappeared from the screens.

Sexy girl from the movie “The Cruise”

Julanta Luth was born on April 19, 1942 in Vilnius. Her father was shot because of her Jewish origin. Mała Jola with her mother – actress Wanda Stanisławska-Lothe (died 1985) – and her grandmother moved to Sopot, later settling in Gdansk. She was seven years old when she first appeared on the stage, but she is not going to become an actress. Her future was connected with medicine.

She changed her plans before graduating. In an interview with “Rzeczpospolita” she said: “I did not suck my acting with my mother’s milk. Only before the final exams in Gdansk I participated in a recitation competition. She took second place in the country and thought about drama school. ” I entered the PWST in Warsaw for the first time.

She first appeared on the screen when she was still a student – she played an episode in the first Polish TV series “Barbara i Jan”. The beautiful and sexy blonde attracted the attention of the directors. Unfortunately, she was engaged “under the circumstances”, so she was most often the reckless girlfriend of the main character.

She was set to make a breakthrough in Jolanta Lothe’s career with “The Cruise” Marek Piovsky. She was going to play one of the main roles and ended up in an episode of Sexy Girl in a Tight Bathing Suit. Her mother also starred in this famous movie. Wanda Stanisławska-Lothe She played the role of the wife of the engineer Mamounia (played by Zdzisław Maklakiewicz). Years later, Jolanta Lothe evaluated her participation in the film Piwowski:

Who has not been judged by “conditions”.

Theatrical director Helmut Kagzar gave Julanta Luthy the opportunity to show her talent. They met in the sixties, when both were still students. Then she ignored his advances. They met through a television theater performance, In which she starred and was an assistant director. Their turbulent relationship lasted for a year. They broke up and the actress left Warsaw and … she could not forget her ex-partner. When they met again, they quickly became a married couple. A year later, their daughter Paula was born.

In theatrical performances directed by her husband, Jolanta Lothe showed that she is endowed with not only beauty and sexuality, but also talent. The actress also began to get bigger roles in films and serials (“Polskie Droga”), gaining popularity. Unexpectedly, in the late seventies, she disappeared from the screen to devote herself to the stage and her husband, whose health began to deteriorate.

In 1980, Helmut Kagzar was diagnosed with skin cancer. The director underwent two operations, but his condition worsened. “I was crazy, I was bringing in some people. Andrei Makovitsky took him to the hospital, where he was supposed to be treated by the physicist working in miracles, but he did not cure him, ”Golanta Luthi admitted years later. Kagzar was hospitalized at the beginning of August 1982. His wife was with until the last moment he died on August 21 Three days ago he was 41 years old.

“He was the only director who saw me as an actress. In his performance, I made my best creations. I also owe him…a daughter and a second husband” – said Julanta Luthi in one of the interviews. Shortly after Helmut Kagzar’s death, the actress married her boyfriend – director Peter Lachman. They founded the experimental VideoTeatr Poza, which organized, among other things, Kajzar’s art and ran until 2019. 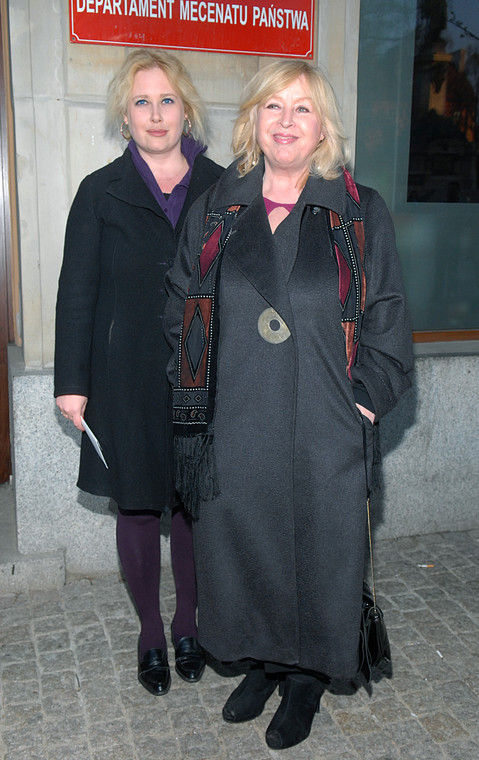 Julanta Luth with her daughter Paula

Jolanta Lothe has always refused roles in Polish soap operas. As I explain in A Question for Breakfast, new TV productions can’t compete with old series, like Polish Roads. She changed her mind in 2007 and agreed to play it “Colors of Happiness”. why? Because the role of Teresa Strosic was written specifically for her. “Thanks to the fact that I never left my profession, and never forgot my acting career, I was easily able to return to the series. With the role of Teresa, I won the sympathy of TV viewers who, as it turned out, did not forget me ” – Julanta Loth admitted in an interview.

Despite many professional commitments, she always found time for her grandchildren: Gaya and Joel. 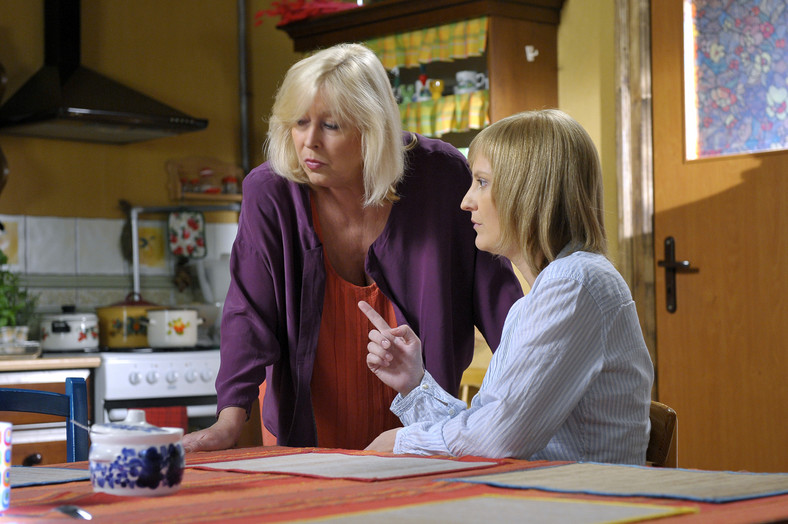 I have two worlds (Angora)