The global entertainment industries have had no shortage of inspiration since the dawn of mainstream media. Everything from pop culture to politics has all featured heavily in the creative outputs of the 20th and 21st centuries. It seems, though, that no matter how progressive our modern times get, the distant past never loses its appeal.

The Pharaohs may have ruled over Egypt in 3000BC, but here in modern times, the entertainment world is still just as fascinated with this period of ancient history as ever.

Museums all over the world house artifacts that were once uncovered in the sands of the pyramids. The country is undoubtedly a resource for archaeological discoveries, but there’s still so much we don’t know about Ancient Egypt. Even the most renowned theories about Egyptian culture remain exactly that: theories.

Few cultures on this earth have had the impact that Ancient Egypt has had on art and architecture, while scholars to this day still pour over the many facets of its traditions. Little wonder, then, that artists have allowed their imaginations and creativity to roam free when it comes to depicting this historic period in works of fiction and entertainment.

Before screen-based entertainment formed the basis of mass consumption, the written word held the most power to captivate an audience. And what better source of inspiration to create a thrilling adventure novel than the historical dynasties of Egypt?

For centuries, people have written about and read about the period, consuming modernised versions of traditional texts like the Book of Two Ways, as well as fictional depictions of the mysteries surrounding the culture.

There are hundreds of published novels with Ancient Egypt as the central theme, written by the likes of H Rider Haggard, Agatha Christie, Wilbur Smith, Tom Holland and Michelle Moran.

This historical period hasn’t just had an impact on the written word, either. The Ancient Egyptians have been recurring characters in graphic novels since the format took off in the 1970s.

Egypt on the Big and Small Screens

In the digital age, however, the most recognisable impact that Ancient Egypt has had on popular entertainment can be seen in the reams of movie footage, TV shows and even video games that have been birthed since the 20th Century.

Yes, even on the micro screen, the legends and mysteries of Ancient Egypt continue to inspire digital gaming releases in several genres. Take the famous online slot Book of the Dead, for instance. This digital pokie follows main character Rich Wilde as he “delves into the treasures and tombs” of the Pharaohs. Meanwhile, several entries in the Tomb Raider franchise see Lara Croft join forces with Egyptian deities to beat the forces of darkness.

However, the best example of Ancient Egypt in the digital gaming realm can be found in Assasin’s Creed Origins, which has immortalised every detail of Egyptian life for the digital age.

And then, of course, we have the movies. Ancient Egypt has been a natural partner to the silver screen for over a century. The legend of Cleopatra was first captured in cinema in 1899 by director Marie-Georges-Jean Méliès.

As the decades progressed, visions of Ancient Egypt became commonplace in cinema, with notable directors Cecil B DeMille and Micheal Curtiz bringing both famous novels and historical texts to life.

See also  Discovery of the unfinished draft of Asterix history 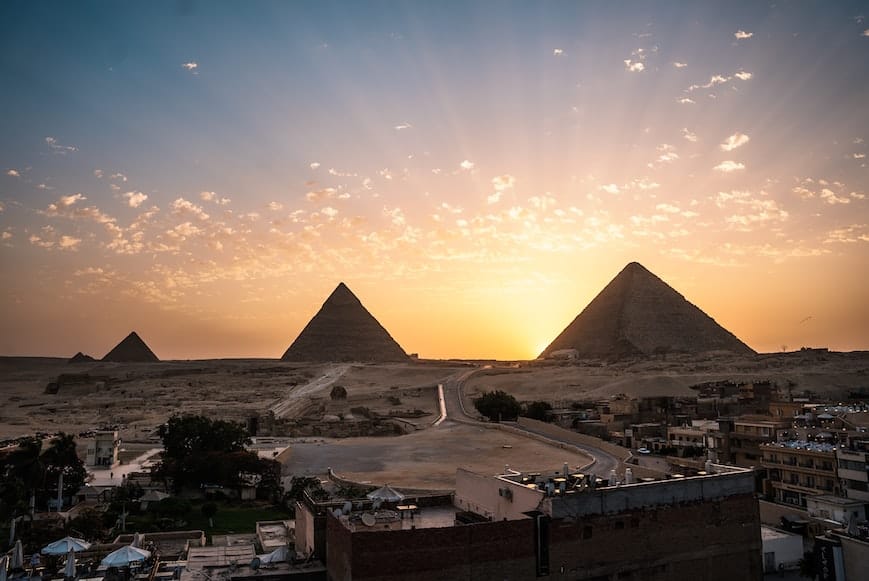 Movies set in Egypt from 5000 to 332BC became synonymous with action and adventure, and there’s no better example of this than in the Stephen Sommers The Mummy franchise. Initially a remake of the 1932 classic starring Boris Karloff, Sommer’s The Mummy became so popular that it spawned no less than 5 sequels and spin-offs.

There was even a 2017 attempt by Universal Studios to reimagine the legend once again, this time as part of its Dark Universe series and starring the ultimate action man, Tom Cruise.