Sid Meier’s Civilization has ruled the turn-based strategy market for literally decades, never having a worthy direct competitor, which has simply allowed the series to do what it wants, always taking millions of players in front of consoles and computer screens. Mankind, released a few days ago, was supposed to break the dominance of the mighty giant, but will it really do that?

The beginnings of man

Amplitude Studios decided to serve us in their work something a little different from what the popular “civilization” offers us, so we start our campaign with roving primitive peoples, first learning the rules of the game, creating outposts, or exploring a map in search of various goods and knowledge. After the first dozen dull turns, we enter the first era of civilisation, and if we want and can afford it, we can reserve access to the culture of our choice, in order to lay the foundations of our empire in it.

By adopting new customs, we begin to build the first city that is our capital and continue to search for our first neighbours, interesting deposits or hidden wonders of the world here and there, learning about technological developments. At the beginning of the game, humanity presents us with three sources – money, influence and knowledge. You don’t have to explain the functions of the first one. The effect determines how much we are respected in the world and in a particular region, thanks to which, by gaining new points, we can spend them on building outposts, developing them to the level of cities, or for cultural assimilation of other areas, if it is favorable to us. On the other hand, knowledge is responsible for the pace of development and work on new inventions, which is very useful if we want to conquer the world with the help of words and writing, and not a shield and a sword.

Traveling and occupying new territories is the key here to ensure a peaceful future, because at first we only have a few neighbors on our way, with whom you can easily get along and live a peaceful life most of the time.

This is my land, give it back!

The first serious problems and challenges begin when each civilization begins to have slightly greater ambitions and begins to claim its rights to the land. Then we can play it in three ways – demanding compensation for a certain area because it is important to us, declaring war, or convincing the locals that they prefer our strength, not ours. Diplomacy in the Amplitude Studios production reviewed today, let’s face it, is very limited and doesn’t offer as interesting options as the competition.

With every faction we meet, we can of course have many conversations and make important treaties, but unfortunately there are not enough of them to give us some pleasant wiggle room. A commercial treaty, a non-aggression pact, the transmission of information about a map or the opening of a border, are enough matters for a neighboring country to agree to sign an alliance and enter into the second and final stage of negotiations. There, we can only operate in four simple areas – commerce, information, border rules and military agreements, each with only one option. Unfortunately, all this fun gets boring very quickly and you have to wait a long time for any development. I found myself that after the first two hours or so, I had nothing to do with the other factions, so I completely ignored what they were doing on their territory.

The best fun begins only when we enter the classical age and can slowly spread our ideology and religion around the world, the rules of which we have made into our own decision-making lists. We shape our state doctrine by determining the fate of women, slaves, and children, the structure of the military, or even priority in official matters. Each decision has its consequences, giving us specific advantages and disadvantages of statistics. For example, creating an army of conscripts will give us an army that is more loyal, but less experienced, and therefore much weaker than potential competitors. The same regular salary will burden our finances, but it will provide better stability than paying the spoils of war to the military, creating an extremely high risk of negative side effects.

See also  Assassin's Creed: Nexus has been leaked. It could be a Half-Life Alyx competitor 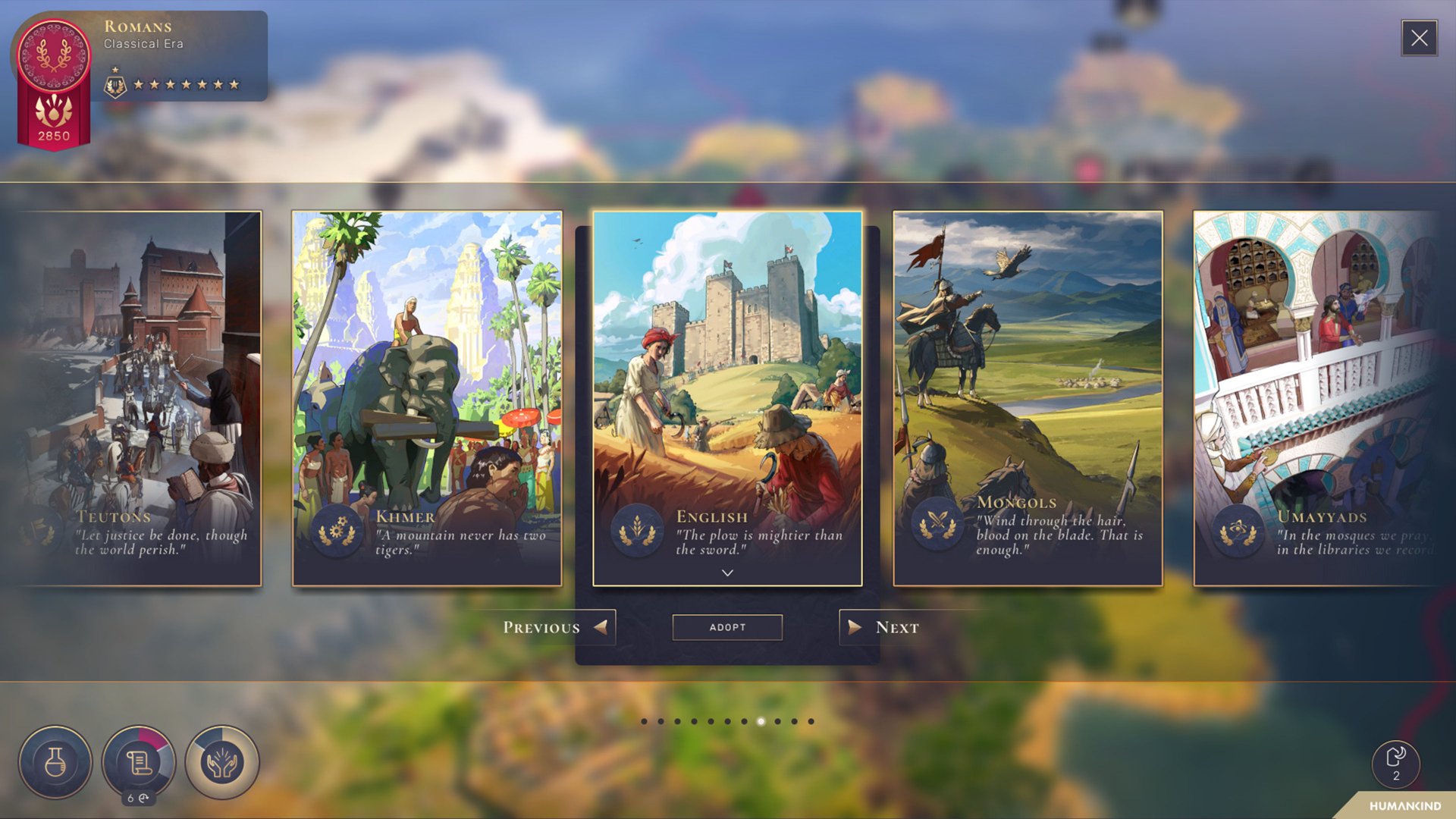 You persecute my people, you surrender!

Unlike most 4X games, any military conflict can be resolved not only by force or diplomacy, but also by the power of our cultural and religious influence. It may turn out that during a war with the armies of a much stronger enemy, we will win the whole battle only because their local population will prefer our creeds and religion, which will lead to the rival losing its influence there, and a certain sector will automatically go to our side. It seems to me a very interesting and refreshing experience, thanks to which the game has become even more profound.

When it comes to developing our infrastructure or our economy, we are dealing here with a rather traditional approach. Each city can be expanded with individual areas, commercial, scientific, fishing, military, craft and the like. Each of them allows the production of other goods and the development of the economy in a certain direction. By going into agriculture, we can ensure a lot of satisfaction with the level of food in a particular area, and thus develop the population with new residents. On the other hand, it would be a sector vulnerable to cultural and religious manipulation, or more difficult to defend militarily.

Of course, it is only up to us what we focus on and for what purpose we want to use this and not another tactic. However, it must be borne in mind that the human race, which is being reviewed today, allows us to do something that did not yet exist in this species. Blend all the major cultures of the world into our own individual blend! Playing Civilization, we know very well in which direction we should go and what to expect, which gives us a sense of purpose, but it is also a little boring, because it does not surprise as much as we expect. 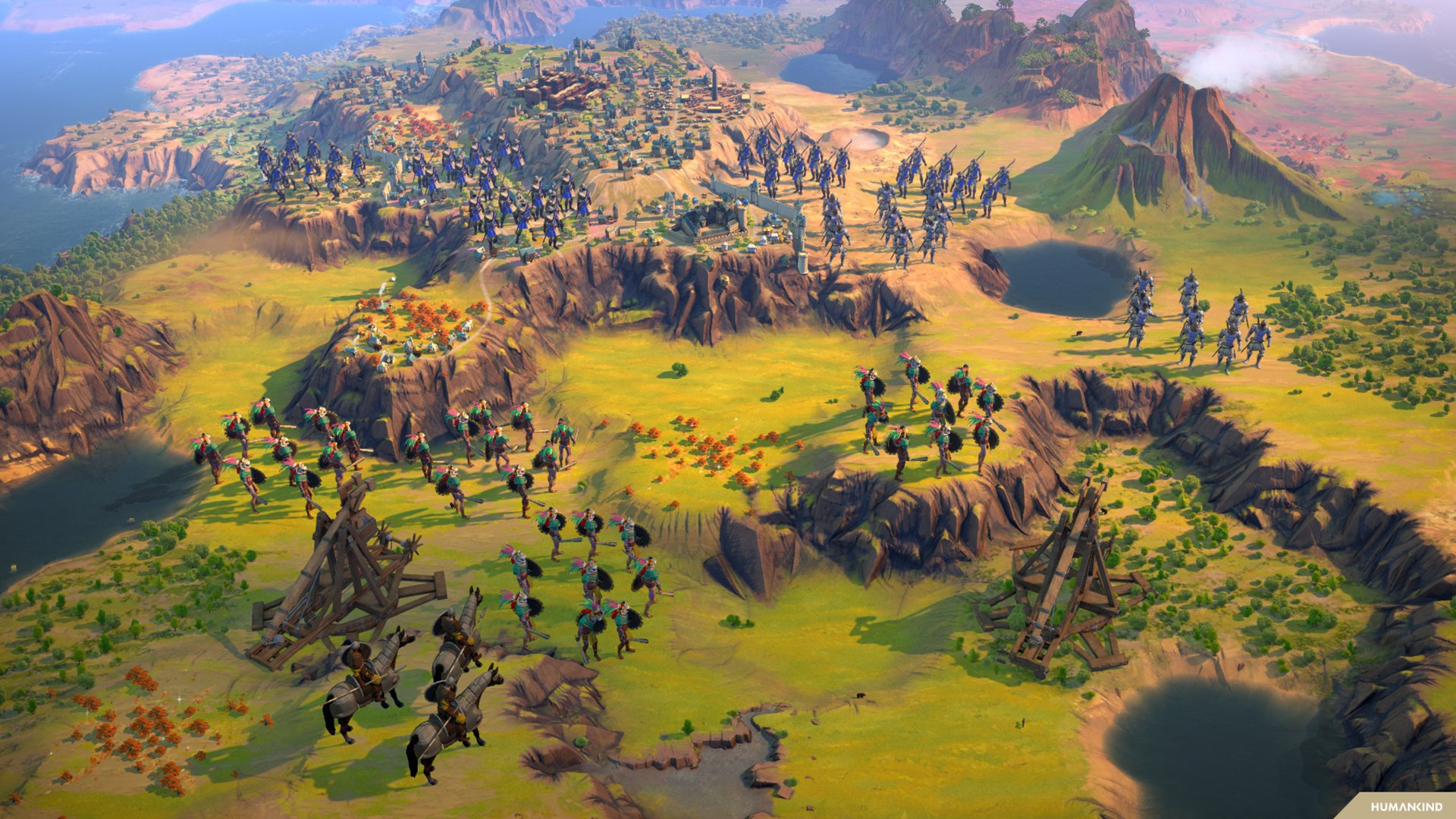 At the Sega title and Amplitude Studios, with each cultural leap, we can embrace values ​​very different from those we have been loyal to so far. what does that mean? That is, in one campaign you can create a civilization consisting of Chinese-Anglo-Muslim-Hindu-Communist ideas as well as religious messages and inventions. Therefore, only in the human race can we play in creating the most devious cultures that we can only dream of.

However, it is slightly less than “civilization”

At first glance, Sid Meier’s Civilization’s newest competitor appears to be something fresher, more interesting, and more innovative than its main competitor. Unfortunately, after spending more time with the game, minor, albeit impressive, bugs will appear. While the mixing of cultures, the assimilation of regions, or an active combat system with a division into sub-turtles seems intriguing, the shortcomings of diplomacy, advanced economics, or sophisticated domestic politics make the human race look a little worse. Although perhaps not much worse than shallow and less extensive. The situation is aggravated by problems with the overlapping of interface windows, which sometimes makes clicking what we want frustrating, units disappear from the map or incomprehensible rules for our surrender in a balanced war, adding a little tar to this barrel of honey.

However, the work of Sega will find its loyal fans, who are simply eaten by “civilization”, and will certainly also go to those who have so far avoided this type of strategy games. We hope that Amplitude Studios is already working on some additions to expand the possibilities offered by humanity, and after a while there will be a fierce competition between the two series, which we players will benefit from.