Skip to content
During the D23 show in Anaheim, Disney revealed details of several upcoming productions. We have collected the most interesting for you.

The movie “Mufasa: The Lion King” by Barry Jenkins (Moonlight) will appear in 2024. It will be a story about a young orphaned lion who has to find his place in the circle of life, and eventually sit on the throne. The heroes will also feature younger versions of Timon, Pumbaa (who will speak in the voices of Billy Eichner and Seth Rogen), and Rafiki. The title character will be voiced by Aaron Pierre (“Old”), and Kelvin Harrison Jr. will play Taki, later known as Scar. (“Elvis”). Premiere in 2024.

Rachel Ziegler, who will star in Snow White, was touched after a presentation that showed her and Gal Gadot, the Evil Queen, as the heroine of the cartoon classic. Snow White is a girl she remembers, but she has definitely adapted to the modern era – Said the “West Side Story” star She must find her voice and set her goals, thanks to which she will be able to be a just ruler. 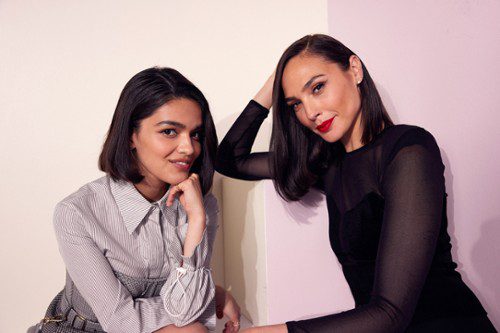 Rachel Ziegler and Gal Gadot, stars of the rendition of ‘Snow White’, during the D23 show

Gal Gadot enjoyed the opportunity to play the role of a villain. The fact that I could fool around and go crazy and dance was fun said the actress.

Mark Webb (“The Amazing Spider-Man”) is responsible for the project. We will see the effects of his work in 2023.

New Pixar animation. Among them, the sequel “In my head does not fit”

Peter Sohn (“The Good Dinosaur”) will direct his second feature-length animated film. The script of the movie “Elemental” is inspired by the childhood of the director, who grew up in New York. It will be the love story of Ember, the flaming girl, and Wade, the boy on the water. Together, they travel through a city inhabited by creatures made of fire, water, earth and air. The film will be shown on screens on June 16, 2023.

Also among the productions announced by the studio are “Elio,” a new work by Coco’s creators – Mary Alice Drum and Adrien Molina. It will be the story of an 11-year-old boy who meets aliens. In the starring role is Yonas Kiprip (“Obi-Wan Kenobi”). America Ferrera (“Ugly Betty”) voices his mother. The premiere is set for 2024.

The premiere of the sequel “Inside Out” is slated for the summer of 2024. Amy Poehler, who returns as Joy, reveals that teen Riley will experience new feelings. It is not yet known who they will be or who will speak in their voice. Sadness (Physs Smith), fear (Bill Hader), anger (Louis Black) and disgust (Mindy Kaling) will return to their roles.

The first part, which appeared on the screens in 2015, received an Oscar. To date, her total earnings are $857.6 million. We remind you of a trailer:

Pixar is also gearing up for “Win or Lose,” which will hit Disney+ in 2023. It’s meant to be a story about love, competition, and challenges. Will Forte (“The Last Man on Earth”) will coach Dan, who has to prepare the school’s softball team for the game one week before the tournament.

On September 30, “Hokus Pokus 2” will be available on Disney+. Bette Midler, Sarah Jessica Parker, and Kathy Najimy will return as the Sanderson sisters in this sequel, which takes place 29 years after the events of the original film. It will be the story of three young women who accidentally bring witches to the modern city of Salem. They must unite to save the city from them.

On November 24, the comedy Disenchanted, the sequel to the 2007 movie “Enchanted,” will premiere on Disney Channel+. 10 years after finding her Prince Charming, Gisele (Amy Adams) is a happy mother. However, I began to wonder about the magic of the poet’s ocean. Maya Rudolph (“The Bride”) played the antagonist of the protagonist. It’s not easy being mean with Amy Adams said the actress.

Disney also unveiled a poster for the movie “Peter Pan & Wendy.” The exact release date is not known yet, but it is known that it will hit the platform next year. As Captain Hook Jude Law.

Haunted Manor remake is on the way

Disney has revealed details of the remake of “The Haunted Manor.” Justin Simin (“Bad Hair”) will be in charge of the project. The heroine of the film will be Gabe (Rosario Dawson), a single mother who wants to start a new life, and buys a property in New Orleans. When he discovers the house is haunted, he hires a crew comprising of a haunted site tour guide (Lakeith Stanfield), a psychologist (Tiffany Haddish), a priest (Owen Wilson), and a historian (Danny DeVito). They are to perform exorcisms and free the house from evil spirits. 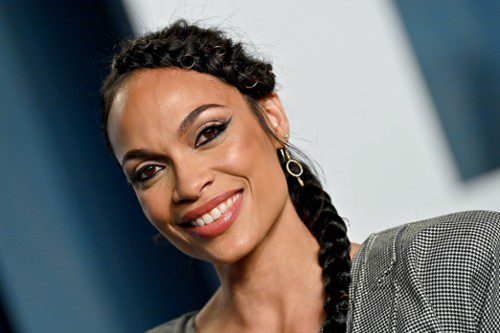 Rosario Dawson will be one of the stars of the “Haunted House” remake.

In other roles, incl. Winona Ryder, Jared Leto and Jamie Lee Curtis. The film will be released in theaters on March 10, 2023.

Wish – What do we know about the new West Side Story animation?

The heroine of Wish will be 17-year-old Asha, who is the only one who sees darkness in her kingdom. A desperate girl turns to the stars for help. In response, someone falls to accompany her on the journey that she is waiting for. 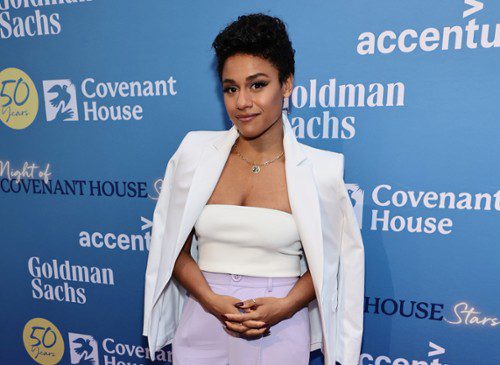 Wish will be a watercolor style animation combined with CGI. The main role was played by Ariana Debus, last year’s Academy Award winner for her supporting role in West Side Story. The cast also includes Alan Tudyk (Rogue One: A Star Wars Story) with the goat voice of Valentino. Wish is scheduled to launch in 2023.