The winner was selected from among the authors of all the films presented at the festival by a jury headed by Dominika Olszyna, Head of the Culture and Lifestyle Departments at Onet. It included journalists Onet Kultura – Dominic Jedlinsky and David Dudko.

Alexandra Terbiska with the Onet Prize at the Gdynia Festival. “Bypass the charts”

It was beautiful material but difficult to translate. We are asked to transcend the blueprints, everything we already know and know and reinvent. It was quite a challenge and a fun adventure – Terbiska said during the press conference in Gdynia, describing the citation of the novel published in 2018. Dorota Masovska. 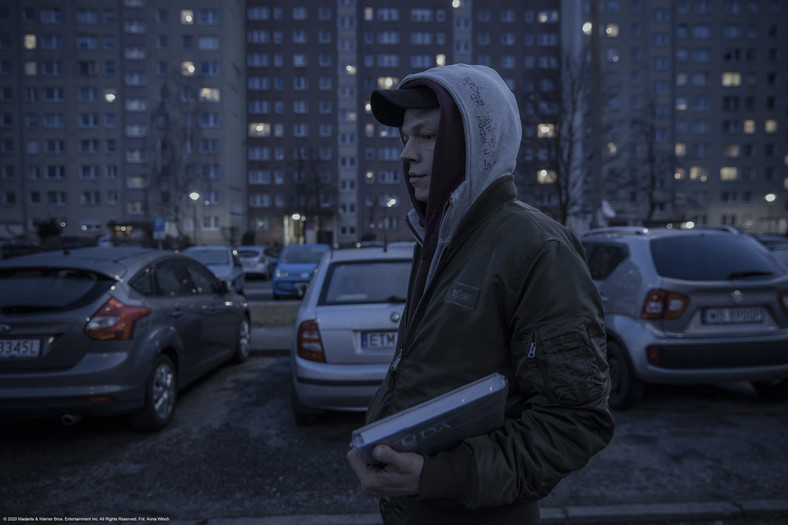 Jacek Beller has a full role in the movie Other People.

On the one hand, it gave me the freedom to write the script and choose the things that interest me in the book. She told me to do with her what I wanted. On the other hand, it was nice to do one now and then reality check With Dorota, check if this is the trend, or if she hears this text in the same way – she reported collaborating with Masłowska.

Who is the creator of “Other People” Alexandra Terbiska?

Alexandra Terbiska studied directing at the University of Silesia in Katowice and psychology in Wroclaw. She gained experience as an assistant to Wojciech Smarzowski in the films “Kler”, “Wołyń” and “Pod mocnym aniołem”. Although the “Other People” project is her directorial debut, she has already had success with her short productions before.

Feast of the Dead, starring Jasmine Pollack and Ewa Dakoska, won a special Hollywood Eagles Award. In turn, “The Most Beautiful Fireworks Ever”, in which they played, among others Justyna Wasilewska, Jacek Beler and Piotr Polak received the Rail d’Or and Canal + at the 2018 Cannes International Film Festival.

It was “The Most Beautiful Fireworks Ever” that caught the attention of Nike Prize winner Dorota Maslovska, who first suggested to Terpińska a promotional advertisement for the book, advertised as a “polyphonic lump beast”.

The creators met, as revealed by Masłowska, in… a Jacuzzi, at the Młodzi i Film Festival in Koszalin. – I am very pleased that my script is presented by a woman, extracting completely different content and contexts from those that directors usually read. While writing “Other People” I watched a huge video in my head the whole time, it gave me goosebumps – Masłowska commented.

How will Terpińska’s career continue? Soon we will be watching the movie “Planet of Singles. Eight Stories” that I co-created. At the moment it is not known what to expect, but from “other people” the name of the director may be a guarantee of success.

See also  "Johnny". In one of the scenes, the father's mother appeared. Kachkovsky. "Daniel Jaruzek invented something beautiful"

The Onet Prize – Discover the Polish Feature Film Festival – is awarded in Gdynia to the most interesting authors. They have received it so far, among others: Olga Chagdas – Director and co-writer of the film “Nina”, which was noted as one of the most important productions of Onet Kultura of 2018; Bartosh Pelinia He played the lead role in the Oscar-nominated “God’s Body” by Jan Komasa or Magdalena Kulnik, starring in the movie “Sweat” by Magnus von Horn, which made it one of the main selections for Cannes 2020.

46th Polish Film Festival in Gdynia It runs from September 20-25, 2021. On the last day, during the closing ceremony at the Musical Theatre, we will find out who will win the most important prize of the festival – The Golden Lions. 16 productions vie for this distinction. Edited by: Director and screenwriter Andrej Parasky (chair of the jury), actress Joanna Colleg, composer Mikoaj Trzaska, writer, playwright and screenwriter Robert Paulisto, cinematographer, director and screenwriter Bogdan Dziorski, Czech film expert Emilia Mira Haviarova, costume designer Dorota and director Agnieszka Smoczyńska.